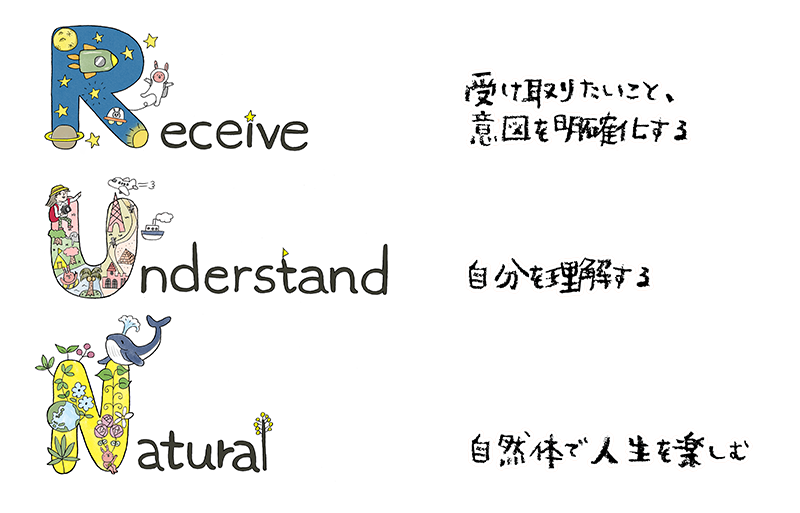 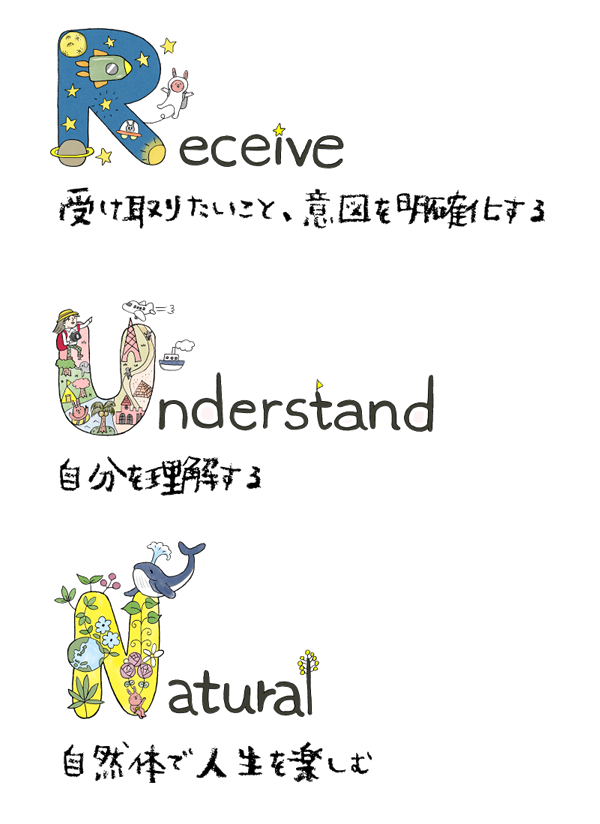 Let's go on a mindful journey!

Let's go on a mindful journey to find

the hidden TREASURE in Moyamoya♪

Entrance of Moyamoya Exploration!Subscribe our newsletter from here
giftLimited release for only now!
The secret to be free from time, people and place gift

Moyamoya Exploration is "a method to enjoy your life 100%"

When I was still working as an office worker, I quit my job because I was mentally so tired.

That's when I started asking myself, "What do I really like to do?" and "What is my talent?" Then I realized that there are a lot of treasures hidden in negative emotions "Moyamoya", such as a guide to enjoy life and talents.

Then my life started to change and become more and more fun, so I decided to create a method so that other people could easily do the same.

Yes, that's true.
I've always been a person who worries a lot.
I worry so much that I think it's my hobby to do so, and I still do have worries.

However, when I realized that such Moyamoya, anxiety, worry, and other seemingly negative emotions were signs that I should "listen to my heart!", I thought it is chance and thought "Moyamoya has come. Let's listen to my heart"

It is still a little uncomfortable when I have Moyamoya,
but I don't feel like I'm being crushed by it as much as I used to.

I used to have suicidal thoughts when it was really bad, but I don't feel it anymore, and my physical condition has improved a lot. I feel much better now.

──If anyone uses this method, will they be able to see that there is a treasure hidden in the Moyamoya?

Yes. So far, more than 100 people have participated in the Moyamoya Exploration Coach Training Course that I organize.

On average, it takes about one to two months for people to first learn to listen to their own heart, and then they will be able to listen to other people's hearts around them. Their relationship improves and their happiness infects.

The method is easy and practical, but it's hard to get out of your own way of thinking by yourself at first. So if you start with a Moyamoya Exploration Coach to train your thinking, I think you'll see a really fast change.

──Is it all Japanese people doing that at the moment?

But I think there are a lot of people around the world who really want to fully enjoy their lives, but are being blocked by negative emotions to follow their heart and act upon it. My vision is to share this method with those kind of people.

──Sounds interesting. I wonder if people from other countries might have different kinds of Moyamoya (negative emotions). If we can hear that, it would be interesting to have a cross-cultural exchange there.

Yes. There could be common ones and totally different ones by countries.

Once, I did a moyamoya exploration workshop in Korea. I explored moyamoya with Danish people, but his moyamoya was about the relationship with his father, and I thought that that moyamoya is common all over the world.

Then he found the treasure hidden in the moyamoya which was love for his father.

When you just have moyamoya and don't see the treasure in it, you're "just worried" or "just anxious" and you feel like you can't move on from it.

But after finding the treasure his face lit up. That is common across the world. It is really good to see their expression change so brightly as if fog has cleared up.

──So then do you want to spread it to the world more and more?

I love traveling and I travel a lot. When I went to Tanzania to see the wildlife, I took a jeep tour that took me from one place to another in the savannah.

I heard the driver's story that his brother was suffering from a mental illness, and I realized that there are people all over the world who have mental sickness.

I also knew while traveling that people who do psychic work have to work for long hours. That's because they only listen to the clients' stories and they don't know how to support their clients to resolve their Moyamoya on their own, so they have to listen to them for a long time and the sessions get longer and longer.

In Moyamoya Exploration, our clients start working to explore their moyamoya with us, but as they become more and more able to do it on their own, they would also become able to do it for others.

I think it's very important that the person who is doing the psychic work doesn't have to work long hours, but the clients can do it by themselves.

I hear a lot of people do psychic work while working somewhere else. But in our case, we actually enjoy our lives 100% and share the experiences as much as possible so that people who think "I like that way of life" will become our customers.

We do it all on the web, and this is our way of working. I haven't met many people who work without being tied by time, people and place, so I want to share that way of working as well.

And one more thing. I meet travelers from all over the world, but when they try to travel, they quit their jobs while traveling and then go back to work again. In that way, the money would dwindle while they travel, so they had to travel with anxiety. I was surprised by the fact that there are pretty much people like that.

I want people all over the world to know that there is a way to work while traveling like we do, and that traveling itself, enjoying our life 100% itself, can be a job.

画像
RUN, the Moyamoya Pioneering Explorer
President of Run PRODUCTION Co.
■No home! President of a single mother who continues to travel.
■Worked for JR West Japan for 18 years as a full-time employee. Experienced station crew at JR Kyoto Station, a conductor, being in charge of educational planning, tourism development, and advertising. In the end, she was transferred to Tokyo and became in charge of accounting, which broke her heart and body.
■The speciality is to "match heart and action" 24 hours a day, 365 days a year, and enjoy life 100% using Moyamoya Exploration Coaching.
■Achieved annual sales of more than 30 million yen in the first year of the company's establishment by simply finding the hidden treasures in the negative emotion "Moyamoya" and enjoying 100% without being bound by time, people, or place.
■Invented simple, easy, and practical Moyamoya Exploration Coaching.
■Runs online "Moyamoya Exploration School" for people to enjoy life 100% without being tied up by time, people and place.
■Runs Run Production, a company to which Moyamoya Exploration Coaches belong.
■More than 100 participants in the Moyamoya Exploration School. Even people who were in a negative mental state, their lives changed drastically in an average of one to two months.


After quitting her job due to mental illness, she achieved spiritual and financial wealth without studying psychology. Because she was constantly asked, "Why do you seem to be so happy with your life?", she turned her experience into a method called "Moyamoya Exploration." She started Moyamoya Exploration Coaching for people who want to quit their jobs because they feel uncomfortable at work, but don't know how to do it alone. She achieved sales of one million yen in the first month after starting Moyamoya Exploration Coaching. Many of her clients who have taken her coaching have remembered what they really want to do and achieved. A lot of them shed tears of joy.

Her mission is to enjoy her life 100% and to increase the number of people who see her and know that "It's okay to enjoy life!" and start enjoying their lives.

Let's go on a mindful journey to find

the hidden TREASURE in Moyamoya♪

Entrance of Moyamoya Exploration!Subscribe our newsletter from here
giftLimited release for only now!
The secret to be free from time, people and place gift 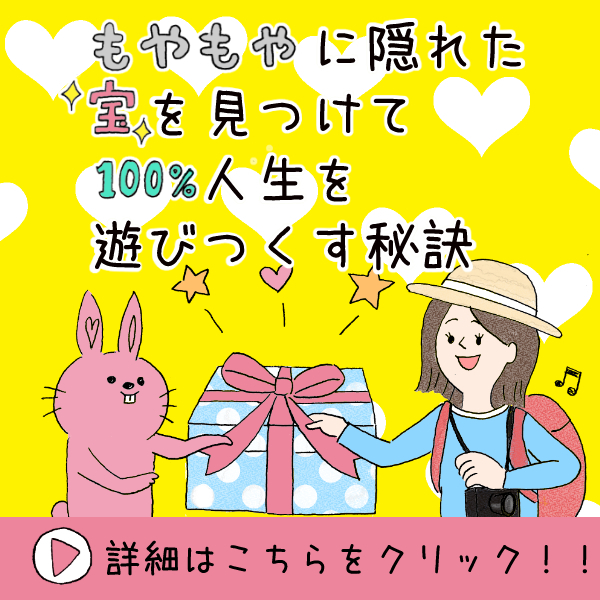